Famous Celebrities Who Admitted to Having Plastic Surgery 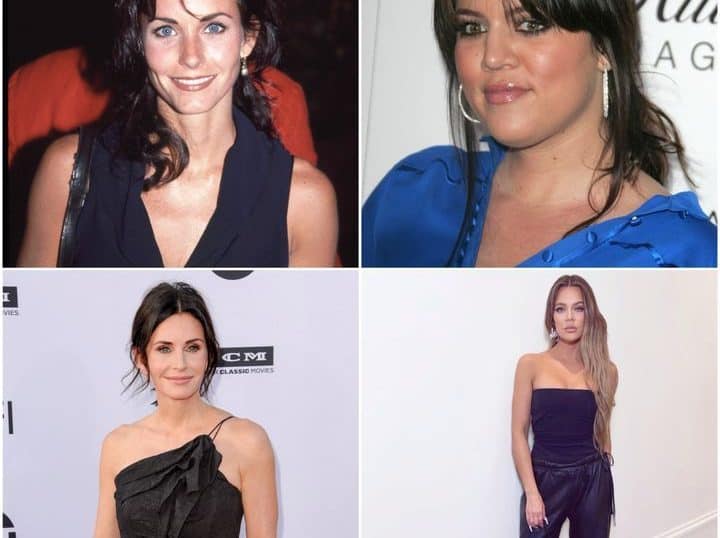 Nowadays, we all have pressure when maintaining our appearance. Furthermore, famous stars even suffer from bad words when they can’t keep their appearance tip top. As a result, they use a lot of ways to fit society’s beauty standards. Makeup, healthy course, and surgical enhancements are the most popular options. While some celebs tried to deny going under the knife, others have bravely admitted to it. Here are some celebrities who acknowledged their plastic surgery!

When talking about the most stylish celebs, Victoria Beckham’s name always pops up in the ranking. Asides from her iconic career in music, Mrs.Beckham kicked off her second profession as a fashion designer.

Over the year, she has denied many plastic surgery rumors. However, the famous designer did admit to the press that she had worked done. “I should probably say, don’t mess with your boobs. A sign of insecurity. Just celebrate what you’ve got.”

Bynes has been staying away from the limelight for a while. The American actress isn’t active on social media, which led to her successfully avoiding any questions about receiving any surgical enhancements.

However, asides from her poorly done prison-style face tattoos, she did hint about having a cosmetic procedure done once. In 2013, Amanda Bynes posted a vague tweet: “I love plastic surgery.”

If you have been a fan of horror movies back in the days, it’s hard not to see Jamie Lee Curtis. Her strong background came from the support of her A-list parents, Janet Leigh and Tony Curtis.

As a result, Curtis always felt the pressure to keep up her perfect appearance. Nevertheless, she didn’t shy away from sharing details about her plastic surgery. “I’ve had a little lipo(suction), I’ve had a little Botox. And you know what? None of it works. None of it.”

Did you ever notice that Rachel has quite a different nose from her younger years? Similar to her character, Jennifer Aniston disclosed that she had surgery before to fix a deviated septum.

Other than that, she swore the rest is natural. Funny enough, when Rachel denied it was a cosmetic procedure, nobody believed her. What do you think about this claim?

After appearing as Alex Dunphy on Modern Family sitcom, Ariel Winter made the headlines for two different reasons. At first, it was due to many photos of her curvy body and bold choice of clothing. After that, she dropped the bomb when admitting to having breast reduction surgery.

The actress shared that it wasn’t because of her figure. The procedure was done to relieve her from constant back pain. “It started to hurt so bad that I couldn’t take the pain, My neck was hurting so bad, and I had some problems with my spine.”

Back in the day, High School Musical star Ashley Tisdale has taken to social media to talk about her surgery. In detail, the actress shared that she underwent a breast enhancement procedure.

As for a reason, Tisdale shared that she “constantly felt my body was less than” and thought that the change could “make me feel more whole and more secure about myself.” However, after a few health issues, she eventually removed the implants.

We have seen various rumors about Lady Gaga’s plastic surgery. So far, the singer has denied going under the knife for any procedure.

Nonetheless, she did admit to using fillers and even got addicted to it once. She said: “I went through a phase when I was smoking pot when I was really obsessed with getting facial injections.

At one point, Tara Reid was one of the hottest names in Hollywood. However, the cruel industry kept moving on, and she eventually lost the spotlight. Reid blamed that her plastic surgery problem stood between her and superstardom in many interviews.

The American Pie actress suffered from a bad boob job and liposuction. “I had a hernia, this huge bump next to my belly button. As a result, I couldn’t wear a bikini. I lost a lot of work,” – she said.

Aside from the acting world, Chrissy Teigen was once the undisputed Queen of Twitter. She has been open to talking about many acute problems, including her plastic surgery history.

“I had an armpit sucked out, which was one of the best things,” she disclosed at an event. “I felt more confident. It was the dumbest, stupidest thing I’ve ever done. The dumbest, but I like it, whatever. I have no regrets, honestly,” she added.