These Online Shopping Disasters Make Us Laugh Out Loud 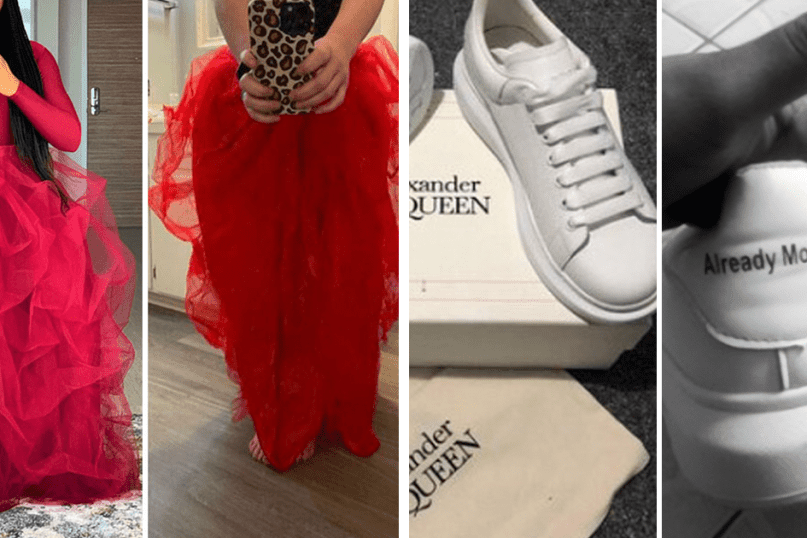 Online shopping has removed the need for some of us to leave our homes and go to the mall. However, buying online always comes with many risks because some products appear too good to be true for the price listed. These customers ordered products online and ended up big a big surprise. Read these hilarious online shopping stories and experience them for yourself.

She received a poster with her face instead of wrapping paper

As a joke, this girl bought wrapping paper with her face on it but got a giant banner with four photos of her face. However, she seems unconcerned about the incorrect product. This order most likely made the printing company’s employees laugh out loud.

One of a museum’s dinosaur bones has gone missing

Always check the size when ordering it online, or your teacup-sized dog will end up with a dinosaur bone. The dog probably still liked it, but they had to chew it for quite a long time. This bone seems like it could have been a Flinstones prop. Only Clifford, we believe, would be capable of carrying this.

Stay away from ordering “designer” dresses from China

You’d think that people would be more careful after seeing so many women publish images of their clothing fails from shady websites. This woman’s outfit does not resemble the one depicted. The product photo was on the designer’s website, which the copycat firm located on Pinterest and used for their website.

This woman wanted to order cupcakes for her sister’s engagement celebration, so she went to Walmart’s bakery and showed the left photo. Nonetheless, they ended up sending her something that didn’t resemble the picture. She found the recipe on Pinterest and attempted to make it herself rather than visiting a bakery. Instead of lovely rose cupcakes, her sister receives something that looks like a cross between a tire and a toilet seat.

That isn’t a family-friendly option

They must have added a new installment to the beloved “Frog and Toad” series. They changed the title to “Frog and Toad F*ck the Police” instead of classics like “Frog and Toad Are Friends” or “Frog and Toad Together.” That is highly inappropriate for children, and while the seller may have found it amusing, parents will not. We’re not sure why the frogs despise the cops so much, but they don’t have to tell us.

When Your Cat Is Too Big For A Bigger Bed

Despite knowing he wouldn’t fit into the Christmas tree bed, this cat gave it his all because there was an opening, and he wanted to investigate. They can now say their pet is stuck in a tree. Because of the missized bed, this cat’s self-esteem will suffer greatly; although it is counterproductive, he will seek solace in his food. Only his head got it inside, despite his best efforts.